Clarks has been an iconic fixture of the British high street for almost two centuries. The footwear manufacturer was founded by Cyrus Clark in 1825 as a rugmaking business. Shoe production began shortly afterwards to use up the sheepskin offcuts that were too small to be used in rugs. Clarks shoes proved immensely popular and eventually the business switched to full time footwear production. This remains their main activity to this day, with over 1,400 stores in 75 countries and 22,000 designs to their name.

Prihoda was asked to supply several fabric diffusers to provide cooling in one of Clarks’ warehouses. During the summer, the racking and picking line areas can get very hot. To fix this issue, Clarks wanted to install a cooling solution that would give the warehouse operatives a more comfortable working environment. 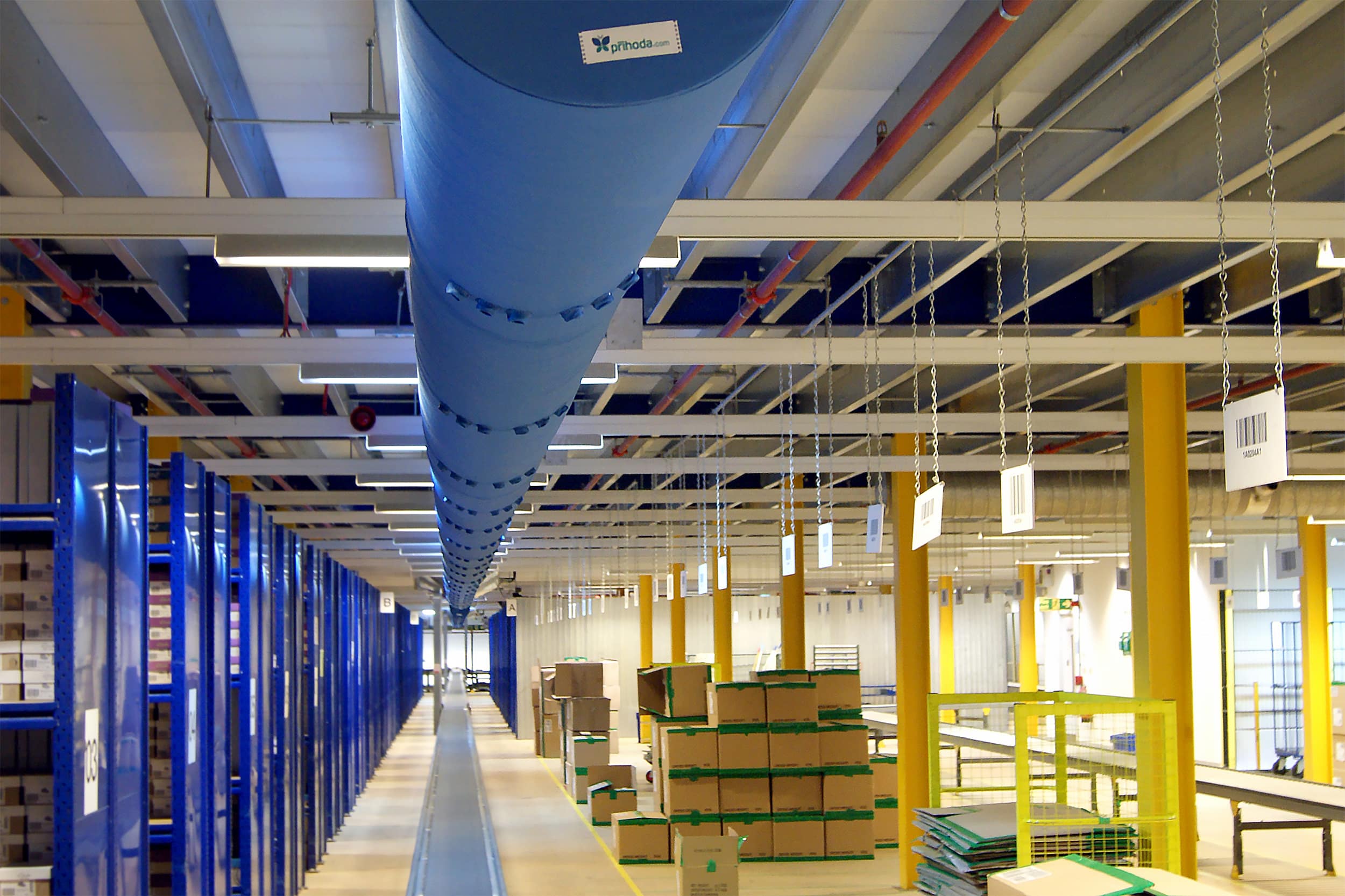 The fabric ducts were installed directly above the conveyor belts, at a short distance from the belts. They were fitted with 20mm fabric nozzles arranged in six rows along the length of the ducts to provide even cooling near the conveyor belts. Fabric nozzles are normally used in applications requiring more throw, for example with high ceilings or warm buoyant air. However, they were selected in this case to provide spot cooling for the warehouse operatives. As the air is cooler than the surroundings and nozzles have less entrainment effect than perforations, using nozzles prevents air losses to the surrounding shelving – leading to lower energy use and lower costs.

The ducts were connected to the central HVAC system using steel transitions. The supply air volume was relatively large for the diameter of the ducts, so each duct was fitted with a removable equaliser, also made from fabric material. The equaliser ensures that the airflow inside the ducts remains laminar even at large air volumes, minimising vibration and duct movement. 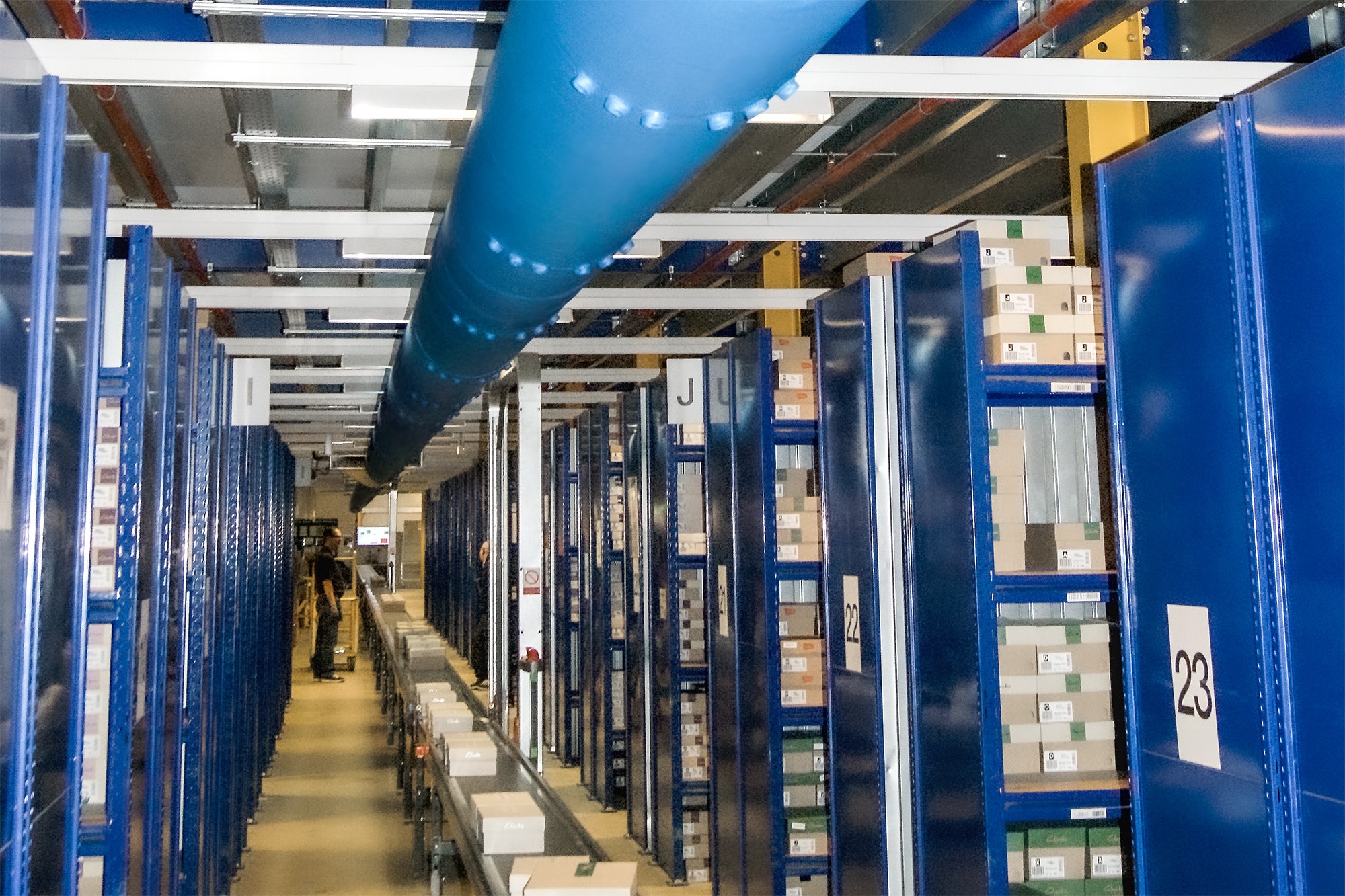 In total, over 500 metres of fabric ducting were installed at this site, spread over two separate warehouse floors.

The new fabric ducts provide efficient spot cooling around the conveyor belt areas. The supply air is directed exactly where it’s needed, thanks to the position of the nozzles. And despite the long lengths and high airflow rates through the ducts, there are no issues with duct movement, as the equalisers at the inlets take care of any internal turbulence.

Due to how lightweight the textile ducting material is, installation took less time and fewer hands than it would take an equivalent rigid steel duct system.

The location of the ducting gives easy access for maintenance. This is not a particularly dusty or dirty environment, but if cleaning is needed, the ducts are easy to access and remove with no special tools. Then they can simply be washed at low temperatures in a washing machine.

If you’d like more information about this or other applications, feel free to contact us for an informal chat. 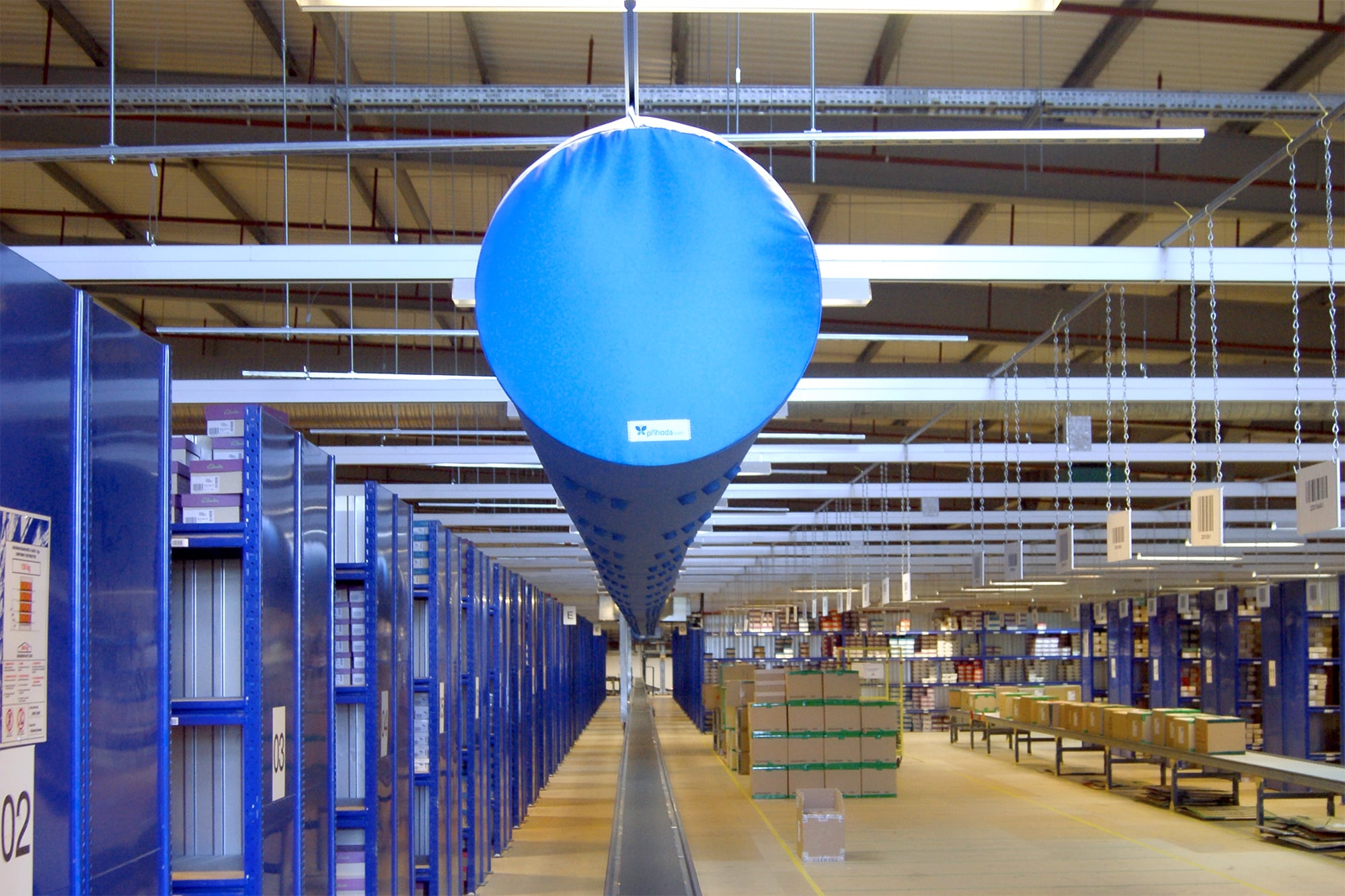 Keep up to date with news, offers and products from Prihoda